Strategies for analyzing the data from LIGO and Virgo like detectors in order to search for signals from a variety of sources have been developed by physicists at IUCAA.

Gravitational waves from binaries of black holes and neutron stars 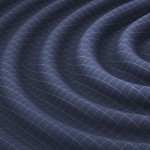 These signals are very weak and fleeting. Finding them requires scanning volumes of very noisy data of a highly complex instrument. Dhurandhar (IUCAA) and his collaborator B. Sathyaprakash (now in Cardiff) from 1991 first proposed how to find them by matching thousands of wave patterns expected from the binaries, as derived from Einstein’s theory, with the data of a LIGO like detector. For further confirmation of the common astrophysical origin of the signals, a multi-detector consistency test is applied. The theoretical foundation for it was laid by Bose and Dhurandhar, along with Archana Pai (now at IISER Thiruvananthapuram). We have worked on the analysis used by LIGO and Virgo for detecting these signals.

Members of IUCAA have played a pioneering role in developing data analysis methods for searching such a background, which can be cosmological or astronomical in origin, and using it to characterize its source.

Non-axisymmetric spinning neutron stars can emit gravitational waves over long durations. When such a signal is detected it can inform us about how different the emitting star is from a perfect sphere. This information, in turn, can put important constraints on the nuclear equation of state of neutron stars.