Gravitational waves are ripples in space-time, the 4-dimensional fabric of the Universe, caused by massive objects in motion. Sources of gravitational waves are objects such as neutron stars or black holes orbiting around each other at ever increasing speeds until they merge, or stars that blow themselves up. 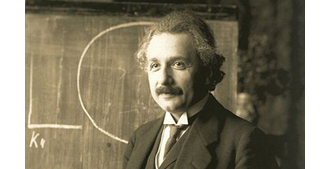 These were first predicted by Albert Einstein soon after he formulated the theory of General Relativity in 1915. If we could observe gravitational waves, they would not only allow us to test the predictions of his theory, in regions of strong gravity, but also serve as a tool for expanding our understanding of the Universe.

Video: LIGO, A Passion for Understanding

A 20-minute film that follows the scientists working to create one of the most powerful scientific tools ever made: the Laser Interferometer Gravitational-Wave Observatories, or LIGO for short.

The film shares the passion and motivation of individuals who have worked for nearly three decades on a single science experiment. We engage in stories of those who invented a whole new branch of physics in order to hear the universe in a whole new way.

The film, made at IUCAA, before the discovery of GW, shares the Indian Perspective.

Physicists Umberto Cannella and Daniel Whiteson explain what they are and why they'll cause a big ripple in our understanding of the Universe.
Source: PhD Comics

This short film provides an energetic and entertaining explanation of Gravitational Waves, GW detectors & GW projects that you can help with -- all in one minute!
Source: MinutePhysics

What are Gravitational Waves?

Gravitational waves are travelling disturbances in the curvature of space-time caused by the motions of matter.

How are Gravitational Waves detected?

Gravitational waves interact with matter by compressing objects in one direction while stretching them in the perpendicular direction.

What does Gravitational Wave Research involve?

The GW fluctuations are very tiny and can be lost in noise generated within or in the environment of the detector.