Effect of + polarisation on a circle of particles (Credit: MOBle)

Effect of × polarisation on a circle of particles (Credit: MOBle)

If we have some free particles arranged in circle then if gravitational waves pass through the plane of the circle the move in the following manner. The two sets show the effects of two polarization + and × separately. T is the time period of the wave.

The current state-of-the-art gravitational wave detectors are L-shaped and measure the relative lengths of the arms using interferometry.

A single laser beam is split at the intersection of the two arms. Half of the laser light is transmitted into one arm while the other half is reflected into the second arm. Mirrors are at the end of each arm. Laser light in each arm bounces back, and returns to the intersection, where it interferes with each other.

If the lengths of both arms have remained unchanged, then the two combining light waves should completely subtract each other and there will be no light observed at the output of the detector. However, if a gravitational wave were to slightly (about 1/1000 the diameter of a proton for 4 km arms) stretch one arm and compress the other, the two light beams would no longer subtract each other and produce some light output. This output will tells us about the gravitational waves.

Currently there are a number of operational and upcoming detectors worldwide. Together they create a network of detectors aimed to detect any gravitational waves and its source. 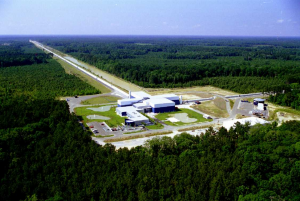 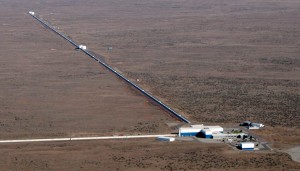 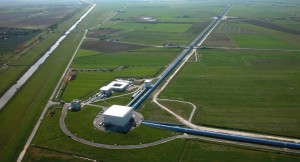 Virgo is located near Pisa in Italy. The associated international scientific collaboration includes laboratories from five countries: France and Italy (the two countries behind the project), the Netherlands, Poland and Hungary. It has 3 km arms. 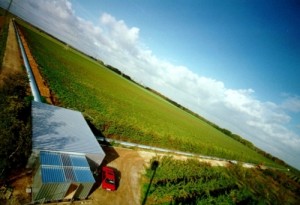 GEO600 is located near Sarstedt in the South of Hanover, Germany. It is designed and operated by scientists from the Max Planck Institute for Gravitational Physics and the Leibniz Universität Hannover, along with partners in the United Kingdom, and is funded by the Max Planck Society and the Science and Technology Facilities Council (STFC). It has 600 meter arms. 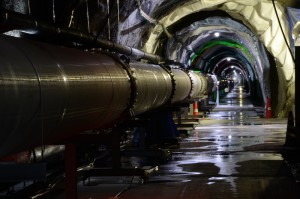 The Kamioka Gravitational Wave Detector (KAGRA),s a future project of the gravitational wave studies group at the Institute for Cosmic Ray Research (ICRR) of the University of Tokyo. This interferometer is underground and uses cryogenic mirrors. KAGRA will be operational in a few years. It has 3 km arms.

The proposed LIGO-India project aims to move one Advanced LIGO detector from Hanford to India. LIGO-India project is envisaged as an international collaboration between the LIGO Laboratory and three lead institutions in the IndIGO consortium: Institute of Plasma Research (IPR) Gandhinagar, Inter University Centre for Astronomy and Astrophysics (IUCAA), Pune and Raja Ramanna Centre for Advanced Technology (RRCAT), Indore. LIGO lab would provide the complete design and all the key detector components. Indian scientists would provide the infrastructure to install the detector at a suitable site in India and would be responsible for commissioning it. The proposed observatory would be operated jointly by IndIGO and the LIGO-Lab and would form a single network along with the LIGO detectors in USA and Virgo in Italy. 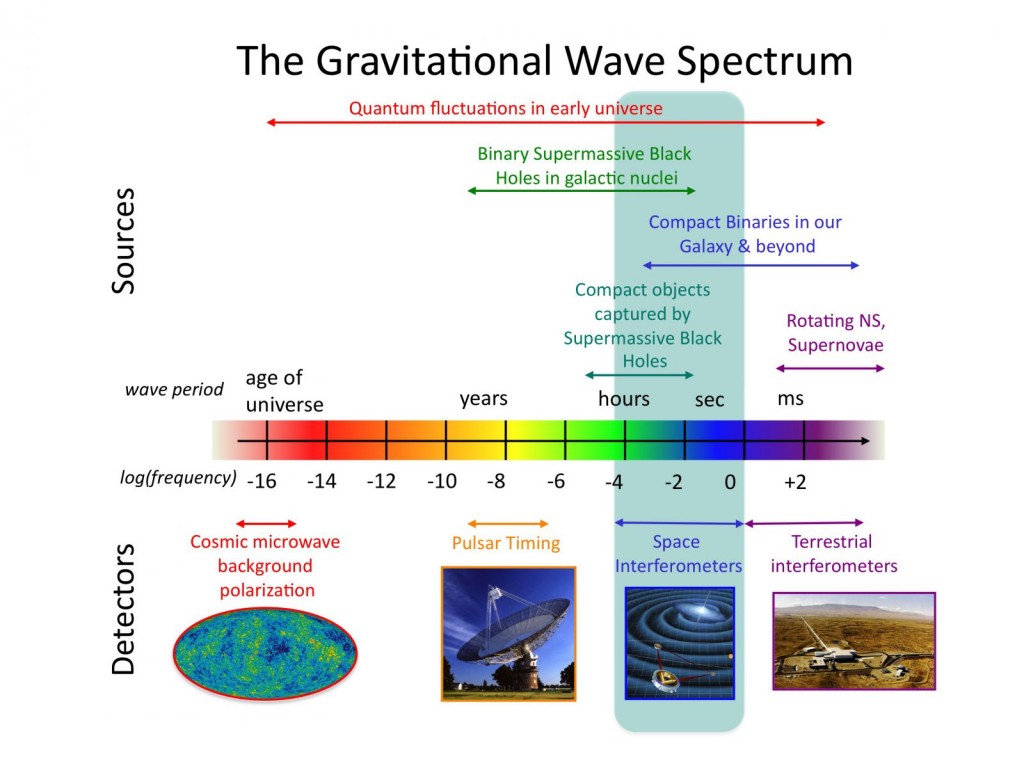 Different kind of sources emit different wavelengths of GW. The ground based interferometers can only detect GW of certain frequency ranges only. That range is 20 Hz to 4,000 Hz. GW of other frequencies can be detected using other methods.