The scientific goals of the project are in the area of astronomy and fundamental physics. Gravitational waves are predicted as an essential element of Einstein’s Theory of General Relativity. The strongest sources of gravitational waves are among the enigmatic objects in our universe: black holes, neutron stars, supernovae, even the Big Bang. Extracting the information carried by the waves to address questions in both physics and astronomy depends on our ability to identify where the individual sources are on the sky. This requires a network of detectors spread widely over the Earth. LIGO operates two sites in the United States and collaborates with a similar detector in Italy (Virgo). Together they can triangulate sources over part of the sky. LIGO-India will enable scientists to locate sources over the entire sky. The dramatic improvement with LIGO-India is the key scientific motivation for this project.

The project will benefit India in other ways as well. The first detection of gravitational waves will be one of the highest profile scientific discoveries of our time. Engaging the Indian scientific community in this quest will raise the visibility and appeal of experimental science in India. The presence of a world-leading facility in India can be used to attract students and inspire them to pursue technical careers. Finally, the physical measurements required for gravitational wave detection are arguably the most precise ever made, and they involve cutting edge technologies that have many non-military applications.

Each side of project makes significant financial and intellectual contributions: 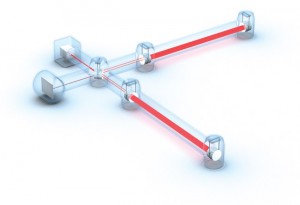 Once it becomes operational, LIGO-India will be scientifically managed and operated in collaboration with the US LIGO detectors to optimize the scientific return.

LIGO India will not only provide an advantage to the international gravitational wave community and bring India to the vanguard of gravity research, it has multidisciplinary benefits on India's astrophysics research, high end technological development and human resource development in general.Since most of the components will be made in India it will improve the technological expertise of Indian scientists and engineers. 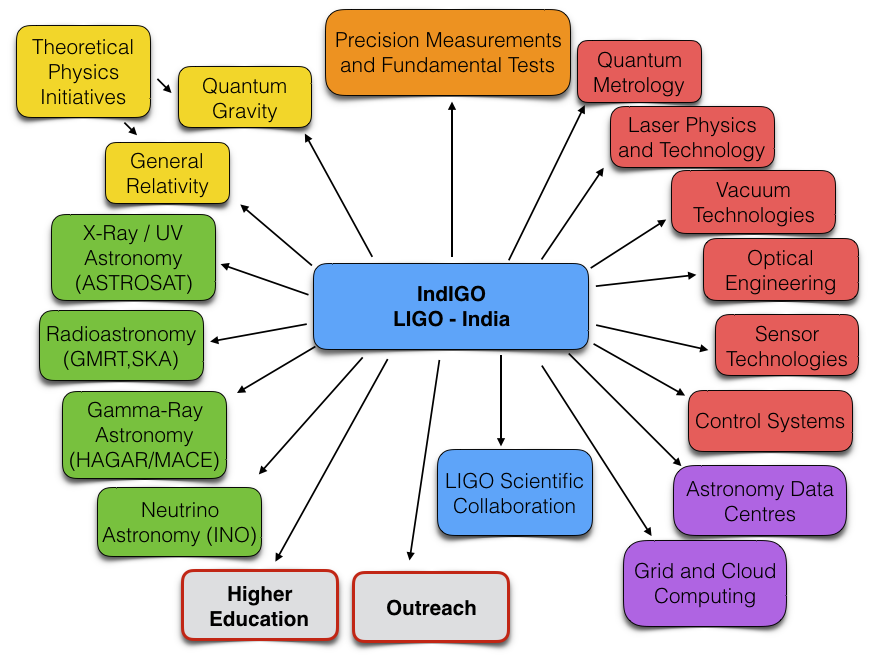 The scientific benefits of LIGO-India are enormous. Adding a new detector to the existing network will increase the expected event rates, and will boost the detection confidence of new sources (by increasing the sensitivity, sky coverage and duty cycle of the network). But the dramatic improvement from LIGO-India would come in the ability of localizing GW sources in the sky. Skylocation of the GW sources is computed by combining data from geographically separated detectors ('aperture synthesis).

This strategic advantage of India is geography since a detector here will be far from the countries with existing detectors. The addition of LIGO India will enormously improve the network by providing a number of long baselines in the network. Currently there is a worldwide effort to set up a global gravitational wave detector network. With collaboration with LIGO lab Indian scientists have proposed to build a state of the art gravitational wave detector on Indian soil.